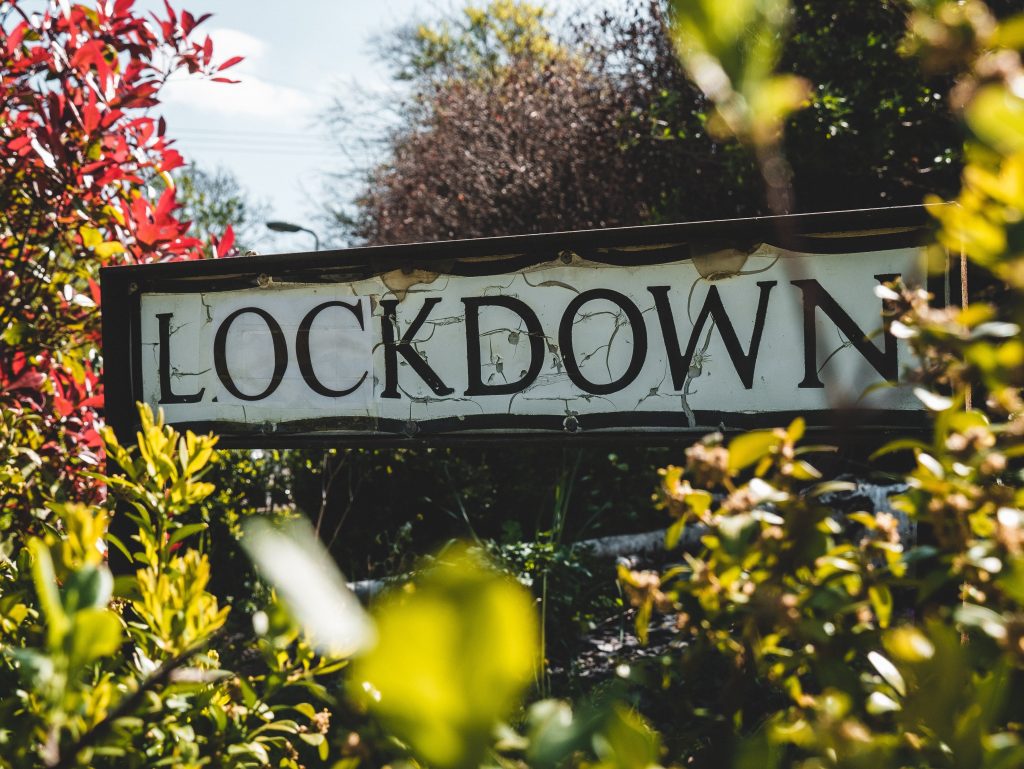 This post has been a long time in the making, Project Lockdown started around April and was inspired by a lot of conversations I had been having with Michael Cade for his own project.

Other inspiration came from the work I did with Datacenter Dude (Nick Howell) at Insight London in February, with the coronavirus lockdown starting to take full effect and working from home now being the new normal, this seemed like the right time to completely redefine the home office and get set up for the long road of virtual events ahead.

If you want to discuss any parts of the build or ask about any of the tech, please come join me on Discord where we are building a new tech community.

Throughout the post I have included Amazon links to some of the key components used in the build. As an Amazon Associate I earn from qualifying purchases.

The current PC build that I have is somewhat old, I initially put this together in June 2016, only a few things have changed since then, just the GPU. I think the longevity of the build is testament to the investment I made at the time. I went for the best of the best and included more memory than I would need at the time.

The Intel 6950X still holds its own in all the workloads I can throw at it and having 128GB of RAM means I rarely find myself juggling resources. The big difference for me is the amount of space I have now vs. then. Back in my old house in Bradford it was just me and I had lots of space for the home office. I had a full office style curved desk and pedestal.

When I moved back to Cambridge, I moved into an apartment with my girlfriend. This place is lovely, but it is a bit smaller than we would like (see post on moving to a new house), however I do have a spare room to call the office. When we moved here, I purchased a new desk from Halberd, and I got all the basics set up.

It was functional and suited me for the odd bit of working from home and gaming in the evenings. But now things had changed, I needed to work from home day after day for the foreseeable future. It was time to finally get everything set up in the way I wanted, to make use of the sit/stand features of the desk that for the first couple of years I hadn’t touched! I also needed to sort out all the cable management!

The desk I purchased when we moved in has all the bells and whistles you could imagine; it is a remotely controlled full sit/stand desk. I have a phone app connected via Bluetooth and a small control panel on the right-hand side. You can program favourite heights and a timer that reminds you to stand up every hour.

Along with the desk I ordered monitor mounting arms, an under-desk turn and slide adapter and a tower holding bracket. I also have two pedestal drawers; I had only ordered one but the amazing staff at Halberd sent me a second one out after the first was damaged in the post and just let me keep both.

Under the desk there is a cable management tray. Each of the monitor arms have channels and clips for running cables neatly. With all that available, I used none of it the first time I set this up. I had got the desk put together in a hurry after sitting around for months. The ADHD procrastination demon is a mighty adversary!

The monitors didn’t quite fit the way that I wanted, and I had settled on using one in portrait mode to make enough space for the large full tower case that I had. Even though I had purchased the tower holder, the case I was using was far too big to fit.

This first phase called for me to put right all the things that I had wanted to do in the first place. I ordered a new case, some new fans and a ton of cable management accessories. I was going to hyper focus the shit out of this project! Sometimes ADHD and OCD have their uses. The next few weeks saw my Amazon account take a beating.

I stripped the desk down completely so that I could drill some additional holes and fit the tower holder. This time I was going to get everything just the way I wanted it, oh how I would regret that in a few days!

Letting the perfectionist in me out made this project take much longer than it needed to in all reality. Multiple trips to Screwfix, order after order of cables and accessories, and an entire bank holiday weekend eaten up. In my crusade to get it just right, I ended up custom making cables for power and networking.

The thing about a sit/stand desk is all the cables need to be long enough to move with the desk. The maximum height of the desk is 120cm, so anything I run from the desk to anywhere else, like wall sockets, needs to account for that. Getting off the shelf power bars wasn’t going to happen without a lot of extra cable that needed hiding. I ended up making custom extension cables and then plugged in standard 6-way extension cables with 1m cords.

The finished cabling was a work of beauty and I didn’t think I’d be touching it again until we moved house at the end of the year. I was wrong!

Phase 2: Transplant surgery on the PC

This was a simpler task than the last one, remove everything from the old case, clean it all, and put it in a new case along with a few new parts. I was finished in a few hours.

The Phanteks Evolv X is an amazing case and I am happy with it. It even has the option for running a dual system build with the mini-ITX adapter. I decided to go full RGB for the new case and I also got braided power cables to make it look tidy.

One little side note, the case has LED strips on the side and front, I wanted to integrate this into iCUE to sync with the rest of my peripherals. A few forum searches and I found a vendor that made custom cables to connect the case to the Corsair Commander Pro. If you need one, check out the eBay store here.

Project Lockdown wouldn’t really be relevant if I weren’t doing what just about everyone else in the industry was doing. Pimping their Zoom meeting game!

After many discussions and much deliberation, I decided to pull the trigger on some very high-end audio and video equipment. This was an opportunity for me to kill two birds with one stone. Upgrade for all the conference calls and virtual events I was going to have to attend and take a chance on starting some video content creation.

I won’t get into much detail here; I’ve added descriptions to everything in the kits over on kit.co. The one thing I will say, taking on the upgrades here meant redoing most of the cabling from phase 1.

Phase 4: Lighting and a new chair

Halfway through this little project I was asked to attend vRetreat, thanks Patrick! That turned out to be even better than I could have hoped, I got to see some great presentations and I won a new chair. I had been eyeing up a SecretLabs Titan XL for a while, so what a bonus that win was.

My first few attempts at filming in the office gave me a load of issues. It was very hard to get the white balance right. All the walls in here are white, the carpet is beige, and the curtains are a sort of tan colour. The room needed breaking up and I wanted to highlight some of the many collectables I have on display.

I saw an offer on Amazon for the Philips Hue Play Bar lights. So, I ordered 6 of them. The results are that I have much better lighting throughout the room. You might notice I had to take out a big mirror hidden behind the Ikea lack shelves, it was blocking a lot of the light.

No geek project like this would be complete without stickers, so I added all the stickers I had collected from events to the pedestal drawers.

The most common question is going to be, where can I find all the stuff you used? Apart from the few components that I’ve called out within the post. I’ve set up an account over on kit.co and published everything there with descriptions and added detail.

With everything completed, I am going to take a break for a while. However, there are a few things I would like to do in the future. At the next house I am going to have a dedicated studio room so there are more possibilities.

I would like to separate out my gaming/filming desk from my work desk. That gives me an excuse to get the new Samsung Odyssey G9 monitor. I will of course be heading back to Halberd for a second desk, they do some nice C-shaped ones now.

Other than that, I am thinking about a lighting rig with some runners affixed to the ceiling so that I can easily move the studio around.

I would really like to hear your feedback on the project, hit me up on Twitter or Discord and let me know what you think. Also keep an eye on my new YouTube channel as I start to get some content over there too.

Jason Benedicic is an independent IT consultant that primarly works with Data Centre space. He has extensive experience in Flexpod, cloud technologies and infrastructure as code. He is a member of NetApp A-Team, Cisco Champions and vExpert advocacy programs. He enjoys gaming and motorsport.
We use cookies on our website to give you the most relevant experience by remembering your preferences and repeat visits. By clicking “Accept”, you consent to the use of ALL the cookies.
Cookie settings ACCEPT
Privacy & Cookies Policy

This website uses cookies to improve your experience while you navigate through the website. Out of these cookies, the cookies that are categorized as necessary are stored on your browser as they are essential for the working of basic functionalities of the website. We also use third-party cookies that help us analyze and understand how you use this website. These cookies will be stored in your browser only with your consent. You also have the option to opt-out of these cookies. But opting out of some of these cookies may have an effect on your browsing experience.
Necessary Always Enabled
Necessary cookies are absolutely essential for the website to function properly. This category only includes cookies that ensures basic functionalities and security features of the website. These cookies do not store any personal information.
Non Necessary
Any cookies that may not be particularly necessary for the website to function and is used specifically to collect user personal data via analytics, ads, other embedded contents are termed as non-necessary cookies. It is mandatory to procure user consent prior to running these cookies on your website.
Save & Accept
Scroll To Top